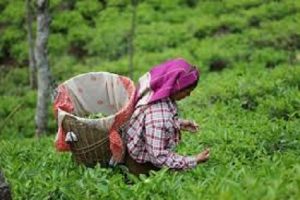 “Most of these regional plantation companies that say they are unable to pay the minimum wage of Rs. 1,000 per day are actually turning a considerable profit. The decision we took in the Budget will be drafted into the Labour Act to specify that estate workers will be assured of a set minimum wage from 2021 onwards,” he told The Sunday Morning.

Herath pointed out that the Government is delivering what was promised to the people and they would see to it that these companies comply.

However, plantation companies have stated that, given the present economic climate, they will not be able to comply. Moreover, they added that they had implemented a better wage-earning model, which is performance-based.

Elaborating on the mechanism, former Planter’s Association of Ceylon (PA) Chairman Roshan Rajadurai, speaking to The Sunday Morning, said that a worker can earn up to Rs. 50,000 to Rs. 60,000 through that payment scheme, confirming that his organisation actually tested the model on their plantations and that it worked very well.

“How can we pay a fixed amount as the wage for workers who underperform? That wouldn’t be right by the others who actually work, which is why we have taken the initiative to introduce a new method where the worker can earn extra if they manage their time efficiently and contribute more with their skills.”

The Sunday Morning learnt that when the wage increment comes into effect, …read more