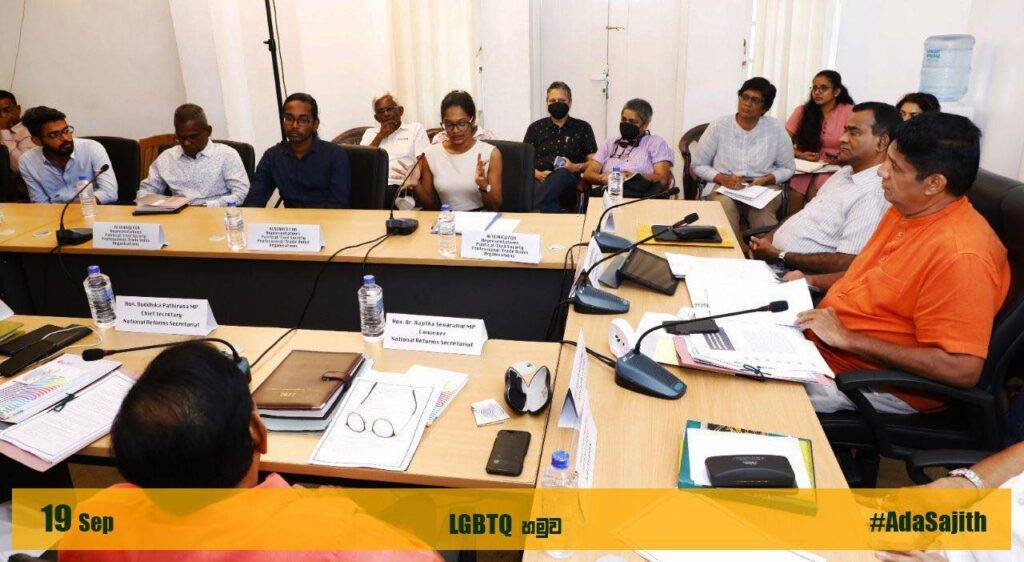 The Samagi Janabalawegaya, SJB as a party, strongly opposes discrimination against persons based on their gender and sexuality, disclosed Leader of the Opposition Sajith Premadasa during a meeting with the Sri Lankan LGBTIQ Community three days ago.

He stated that such discrimination leading to violence and harassment, was a result of ignorance and attitudinal poverty.

Pursuing with the programme for rebuilding and developing of Sri Lanka undertaken by the Opposition, a meeting was held for policy development on gender and LGBTIQ, on September 19 at the Office of the Opposition Leader.

During this meeting, Mr Premadasa further pointed out that a person’s gender and sexuality were personal and private. It is wrong for anyone to pass judgment on another or treat anyone differently due to their gender or sexuality. Similarly all humanbeings are equal, irrespective of their race, religion or caste. He maintained that all should be treated with dignity and diversity should be respected.

The event was attended by Sri Lankan LGBTIQ activists and community-based organisations.