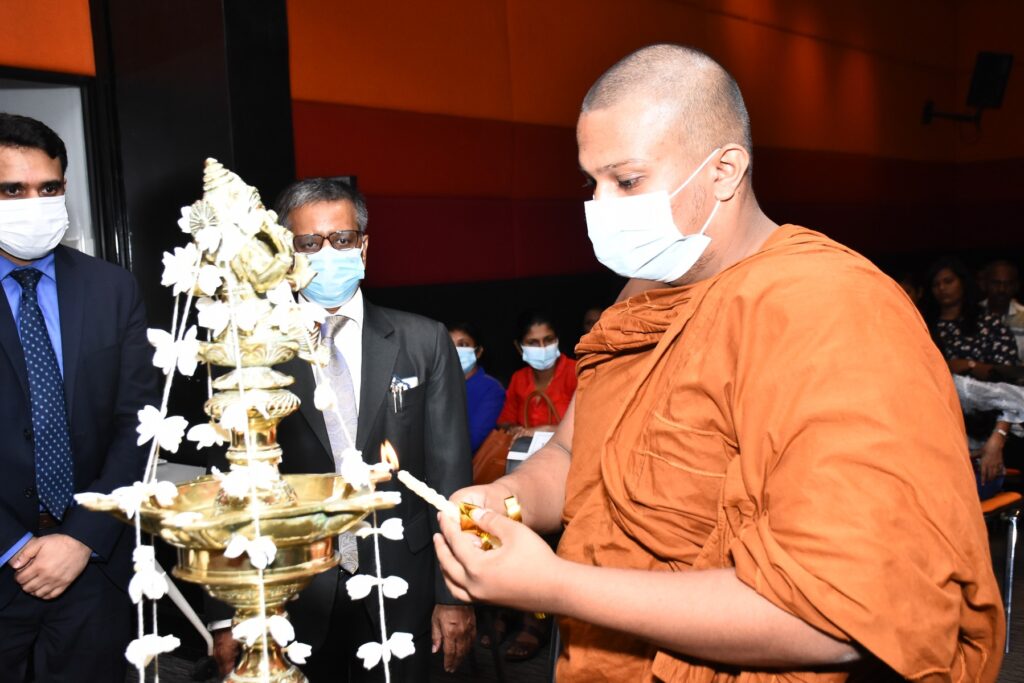 Hindi Diwas was celebrated on 14 September 2022 with great zeal and fervour at the Swami Vivekananda Cultural Centre (SVCC), cultural arm of High Commission of India, Colombo. High Commissioner Gopal Baglay was the Chief Guest at the event, which saw participation of around 75 Hindi enthusiasts, scholars, teachers and students from all over Sri Lanka. Guests at the event were welcomed with a traditional Kandyan dance. Several musical performances on Bollywood and Sinhalese songs, highlighting the close cultural ties between India and Sri Lanka, were also showcased.

2. Speaking on the occasion, the High Commissioner highlighted the role of Hindi language and literature in strengthening millennia-old cultural, linguistic, literary, and religious ties between India and Sri Lanka. He also elaborated at length on the importance of lighting the traditional lamp and Saraswati vandana, both of which are testimonies of civilization linkages between “cultural twins” – India and Sri Lanka.

3. On this occasion, a group of 18 Sri Lankan students who have been offered Government of India scholarships to study Hindi in India were also felicitated. As a part of the scholarship, the visit of the students, academic fees and local hospitality at Kendriya Hindi Sansthan (KHS) or Central Institute of Hindi, Agra for one year will be fully sponsored. High Commissioner interacted with the selected students, who departed to India on 15 September 2022 and conveyed his best wishes for their stay in India.

4. Hindi students of the Centre who have successfully completed their KHS courses were also honoured during the Hindi Diwas celebrations.