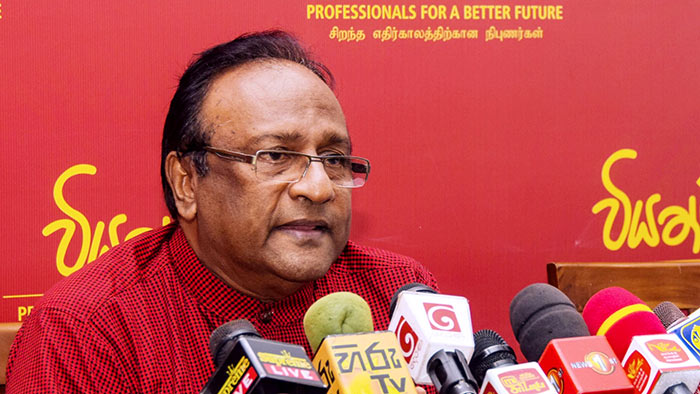 The Catholic Church has declared war on Public Security Minister Sarath Weerasekara, accusing him of failing to properly investigate the discovery of a grenade at a church in Borella.

Cardinal Malcolm Ranjith today slammed Weerasekara over his statement on the probe into the incident.

The Cardinal claimed it was clear the Minister, the Government and the Police have no intention of ensuring a transparent investigation into the incident.

Weerasekara had earlier defended the investigations and questioned the Catholic Church on releasing CCTV footage of the incident to the media.

He said that by doing so, the suspect seen in the video could go into hiding.

Weerasekara also said that a young boy currently in custody had confessed that he was given the grenade to place inside the church.

However, Cardinal Malcolm Ranjith said that the Police usually force suspects to admit to a crime.

He also said that the Minister’s statement made it clear that there was a pre-planned conclusion with regards to the investigations.

“The Minister should go and tell his stories to the Chinese, not us,” Cardinal Malcolm Ranjith said.

Cardinal Malcolm Ranjith said that the Catholic Church is not prepared to accept the statements made by the Minister.